Storms had been forecast to develop across most of the North Island, and the GFS had shown an area of instability over Manawatu. I was having a busy day at work and didn’t get a chance to leave until 2.30pm, just as the first precipitation was appearing on the radar near Palmerston North. I packed up and left Porirua, racing north. Unfortunately I didn’t get a picture of this storm as I passed through Kapiti, but it was very impressive and still growing. 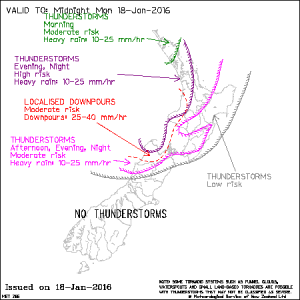 I turned right off State Highway 1 towards Waikawa Beach (south of Levin) just after 4pm as the leading edge of the storm was approaching. While the storm was not showing any rotation, there was an impressive shelf cloud and gust front that accelerated southwards (eventually passing over Wellington).

The storm was quite lightning active and the AM radio was picking up static crackles every 10 or so seconds. It appeared to be even stronger over the hills – not often you see green on the radar!

I lingered too long on this road and let the rain overtake me. I would describe it as torrential, and slowed traffic on the state highway to a crawl. I managed to snap some ominous looking cloud formations while heading south around Otaki. 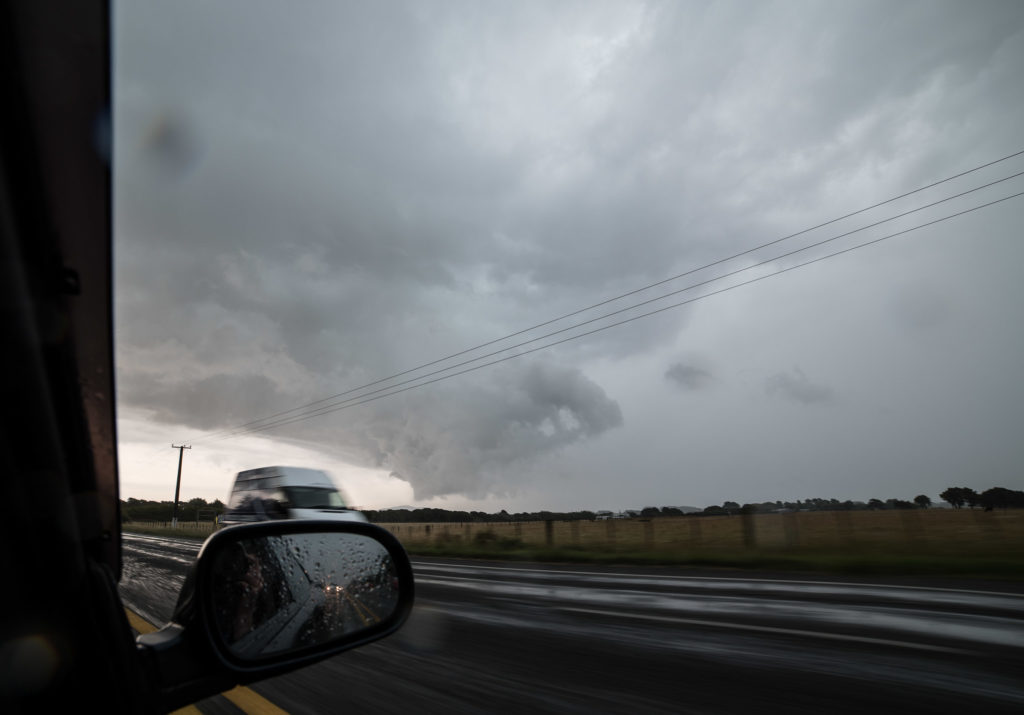 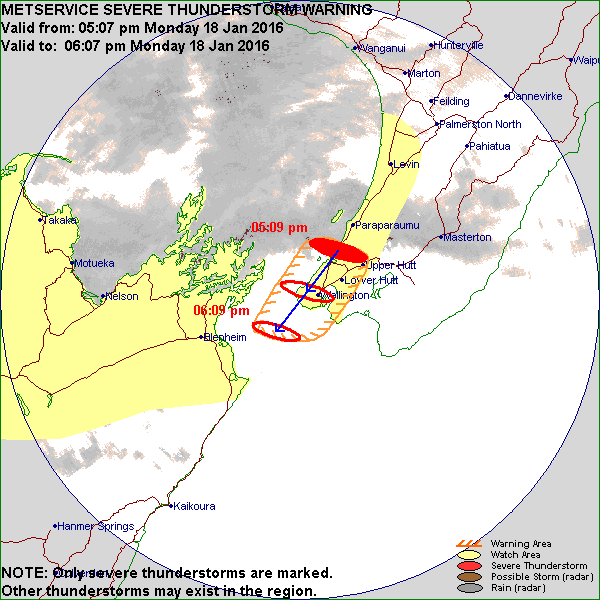 Once in Paraparumu I was well and truly stuck in the rain, but I managed to salvage a couple of neat lightning shots from inside the car (had been hoping for it to strike the top of the hill) 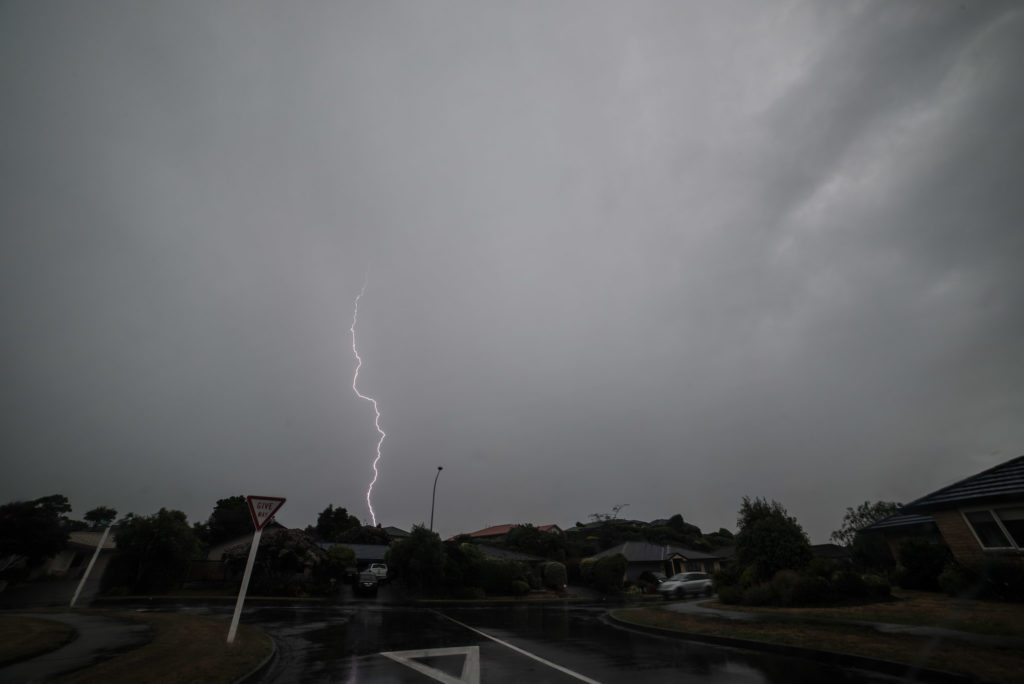 All in all it was a rare and fun chance to chase a storm close to home.